Our little Jock is 13 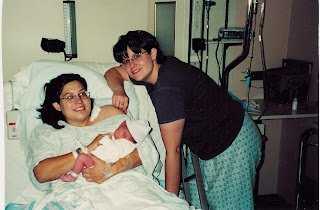 July 2, 1999, Jacob Michael Zimmer was born. It was one of the happiest days of my life. Here we are in the hospital with my sister, Leyni visiting us. 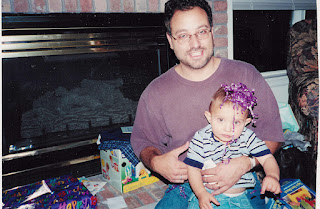 2000 Here he is on his first birthday.  Jason had to hold him down just to get this picture. Once he was walking he was constantly on the move.  Jason has no gray here...hmmmm. 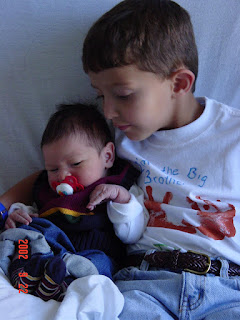 2002, here he is with his new baby brother, Isaac.  This year he tried out tennis.  The tennis coach said he might want to try baseball, after the second time he ended up hitting her with the ball and holding the tennis racket like a bat. 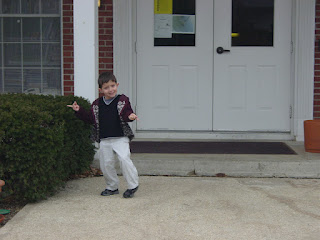 2003 Right after Isaac was born we moved to Kansas City. Jake went to preschool in KCK, this is him his first day, wondering why I needed to take his picture.  We continued on with tennis and started swimming while there. 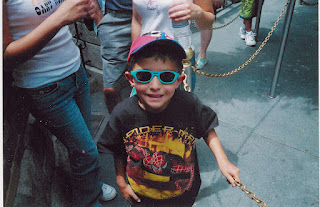 2004 at 5 Jason took Jake to Disney World on a father-son trip.  Jake had a great time.  He started baseball and tried basketball this year too.  On one of baseball games I overheard a dad talk about Jake, at first the poor kid couldn't even hit the ball off the T and the dad said something about that....but then Jake picked up the ball and got it from first to third...and that dad said, "he might not be able to hit, but that kid has an arm him and he can throw" 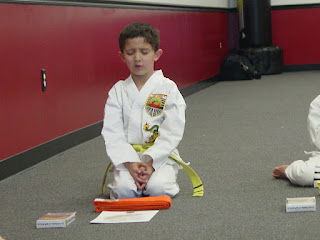 2005 Jake tried karate, and football, he was still in baseball, baseball being his favorite. 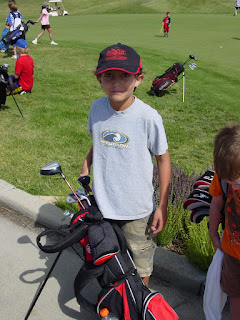 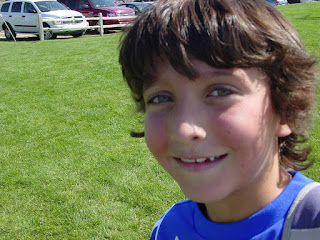 2008 soccer and of course baseball, didn't like soccer much but was pretty good at it.  Loved him with that long hair but he gets to choose now and he likes it cropped short...how rebellious of him. 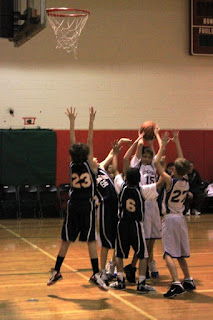 2010 he revisited basket ball and really started to like it.  He's not the best and getting in the hoop but is really good at defense and seems to really like defense.  He laughs at me when I tell him, that he was being so mean by stopping right in front of those boys and not letting them run (I think it's called picking).  And he's still playing baseball.  In 2011 he got onto a semi-competitive team and they went to  the championship game. 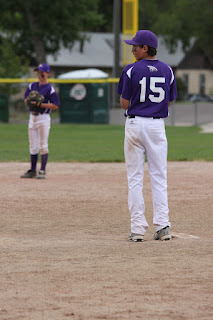 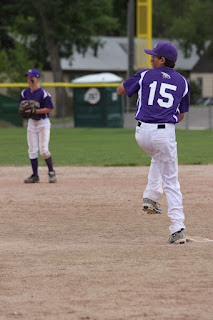 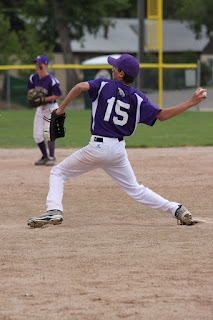 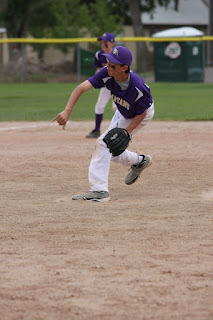 2012, he's 13 now, he's been playing baseball now for 7 years and it's still his favorite sport.  Basketball is second and he'll continue on with track too.

Jason and I still wonder, how we got a jock for a son.