POTD -- and it's not even April yet 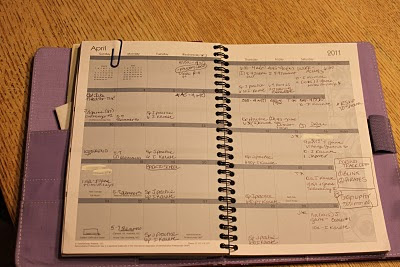 I found a book called 365 Experiments the other day and picked it up because I thought it would be fun to do with the kids. It felt like I was pulling teeth for them to do just one of the experiments in there (and I let Jake pick). He's doing his best to look like I abuse him here in this picture. 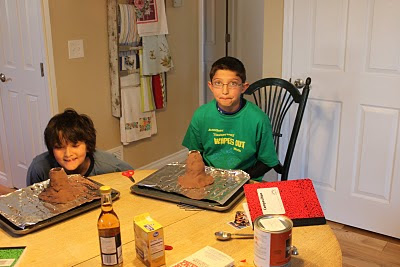 The first experiment the boys did was a volcano. The book called for:

play-dough (I used modeling clay)
film canisters -- you know how hard those are to find these days? I just used up two glass spice jars so I washed and used those.
1 tbs baking soda
1 tbs vinegar
(we used a lot more, because we wanted to see some real action) 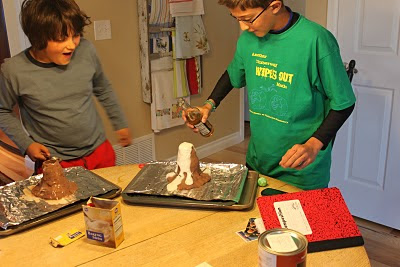 We pretty much just stopped measuring and poured the vinegar right in. You can see Jake here with a hint of a smile. 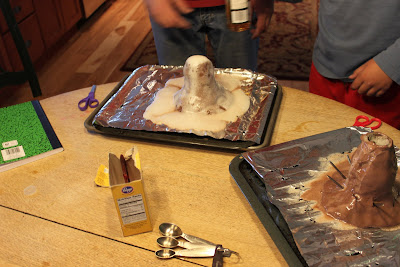 I forgot to mention nails...they weren't part of the original list, but the kids wanted something to represent all the people that get fried with hot lava....how did I raise such blood-thirsty beings?
I also made them look up what actually causes volcanos to erupt and why vinegar and baking soda have such a reaction and made them write it in their own words, because I'm a mean horrible mommy (at least that's the impression I got with all the eye rolling -- they'll thank me later -- right?).
Next week it's how to make limestone....Isaac's choice. It calls for shoeboxes and I have none, I do believe that's a reason to go shoe shopping. I love science.
Posted by tz at 6:23 AM 3 comments:

I have a couple secrets to share with you. It's all probably TMI and I will probably alienate a lot of you out there....but there could be someone out there in blogland who will find comfort that they are not alone....
We'll start with my problem with procrastination. Dodi, on January 23rd mentions in her blog that she finally put away Christmas. I read it, I laughed, I commented....but shamefully I had my stack of various nativities on the side table waiting for me to pack up.
Well come March they were still there. Last week, I FINALLY packed them up. If you look closely you can see the clovers on the newspaper ads....that would be ads for St. Patrick's day. How sad is that? Wrapping Christmas up with St. Patrick's day advertisements...... 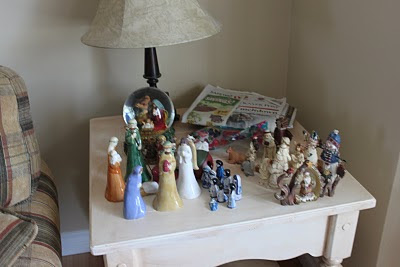 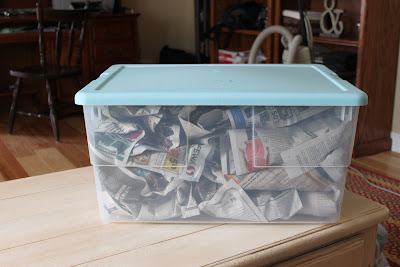 All wrapped and ready to go into...what is our next dirty secret.....our basement. Have you ever seen the show Hoarders? I love that show. I'm horrified by that show. I AM that show. At least my basement is. Let's start with over 20 years ago when my dad died. I packed away some of his books. We both shared a love of reading and a love of collecting books. The problem was, I never opened those boxes again. Part of it was that it was too painful, partly who knows why. We've been carting these books with us over seven moves (Jason, in this case is a freakin' saint!). We moved into this house about six years ago and have have since remodeled the first two floors. The problem is that I've just been throwing stuff in the basement to-deal-with-later as each room got completed that combined with the boxes and boxes of books have given us THIS: 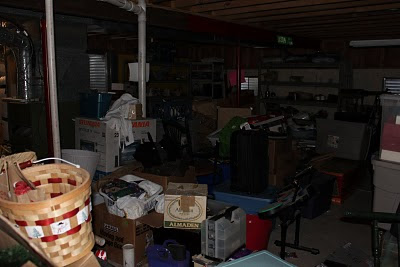 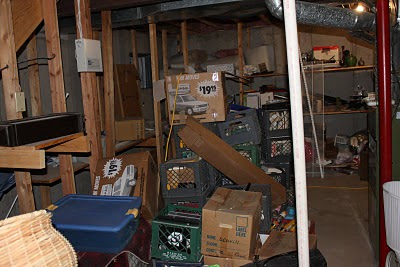 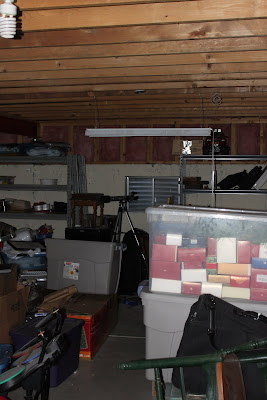 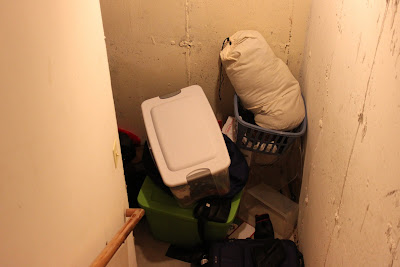 My project for the next couple of months is to go through EVERYTHING and throw out at least....gasp - half, okay maybe a third, mostly a fourth of the junk down there and find a home for whatever we keep. I started today, I cleaned out six boxes and have three boxes in a pile to donate to Good Will and the library.
And, I found these gems.... 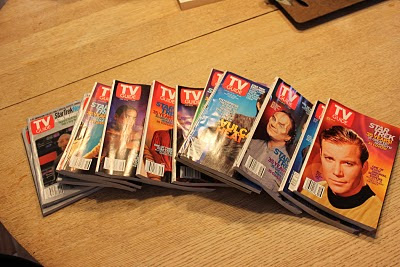 Jason threatened to slap me when I began to disparage his trekkiness.
We also found some of my high school report cards...which Jason decided to scan and save on his computer --why? I wanted to toss them....seriously a D in Algebra, like I want my kids to see that? I definitely don't want them to see the 30 absences from the same class (a correlation?)
We also found my high school literary publication where I had a poem published....Jason read it and laughed and laughed...His comment was, 'geeze, trace, was part two how you slit your wrists, can you get more depressing? Maybe we should send this to the Zoloft company and they can use it in an ad" I won't include the poem here...thankfully I've grown out of that teen-girl-life-is-horrible-angst.
This project may be funner then I thought it would be. Tomorrow, more boxes. I wonder what I'll find.
Posted by tz at 11:00 AM 10 comments:

Saw this very cute Easter idea on another blog and decided to totally steal -- uh, I mean try it for myself. 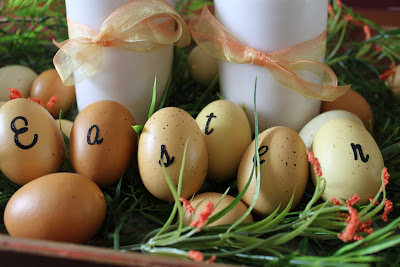 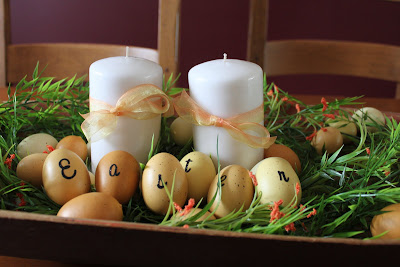 Can't wait until the tulips come up in my garden, until then....I bought some at the store....Spring is here...it makes me happy. 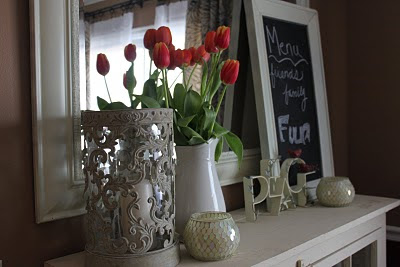 This is one of our favorite oh-my-gosh-I've-worked-10-to-11-hours-met-Jason-at-baseball-where-I-stay-and-finish-watching-Jake-practice-baseball-and-Jason-takes-Isaac-to-Karate-Jake-and-I-go-home-get-dinner-ready-in-time-for-Isaac-and-Jason-to-get-home dinners.
Fish Tacos, super duper easy
or Lazy Fish Tacos 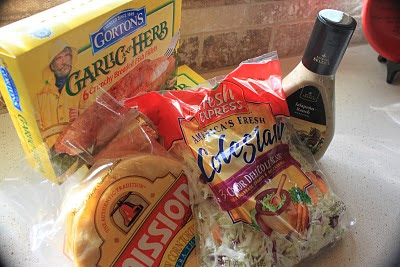 A couple boxes of your fave frozen fish, I use either the garlic herb or lemon herb 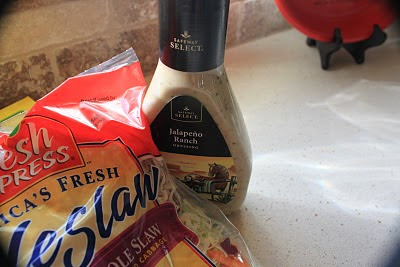 Like I said, I'm super lazy, but my friend who is a much better cook, housekeeper, crafter, mom, human being then I am, takes regular ranch and mixes some green tabasco sauce...I think it might be jalapeno juice -- I'm not quite sure, it's green and in a tabasco bottle. I also think she makes her own fish too....wouldn't be surprised if she made her own tortillas, I'd hate her if she weren't my best friend... 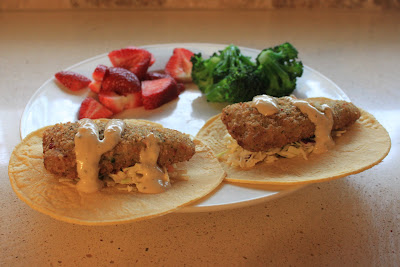 Et voila....(Jason likes it with two corn tortillas per taco, me not so much) 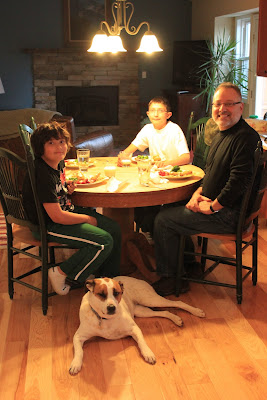 The family gives it two thumbs up....and Hannah hopes someone will drop something.... 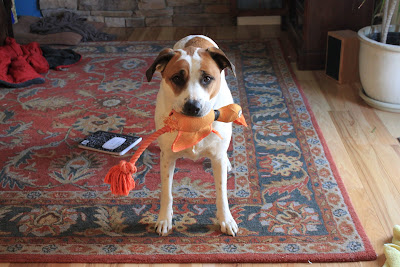 How could such a little cutie like this do anything wrong? 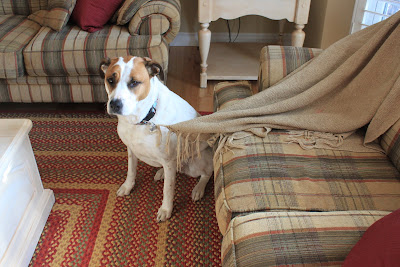 Ah-ha, so busted. She was up on the couch but got her tags snagged on the blanket when she jumped off (most likely when she heard me walking towards the living room). Oh well, at least this time it wasn't eating a whole jar of peanut butter that some child...Isaac...left on the counter, or ripping through a box of kleenix in the back yard, leaving a ton of white wet soggy cold messes to clean up.
Good thing she's cute and lovable.
Posted by tz at 9:00 AM 6 comments: 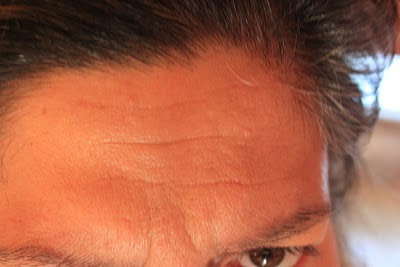 I don't actually spend a lot of time looking at myself, don't normally wear make up, and when I do, my glasses are usually off when I'm applying and I just see a pleasant haze. Well the other day I caught a look at myself in the rear view mirror and saw how angry I looked, so I tried to relax my expression and all the creases STAYED....AHHHHHH, not only that, little tiny brown specks all over my cheeks, freckles? Do olive-skinned people even get freckles? Is it better to say freckles then say age spots?
So what should it be, micro-derm abrasion, botox, bangs, or whatever else is out there?
And there it is ......... I'm turning into my mother.
Posted by tz at 8:42 AM 1 comment: 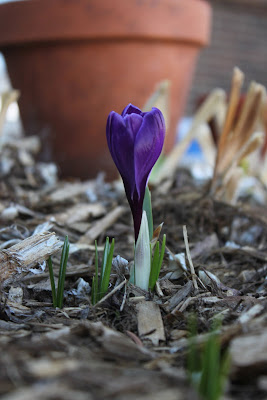 So this is the little garden between my house and our neighbors that I love to plant with an overabundance of flowers. Notice the snow...... 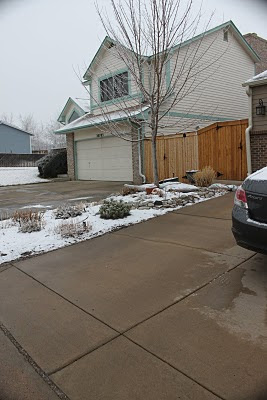 This is the magazine I just bought for the purpose stated above. 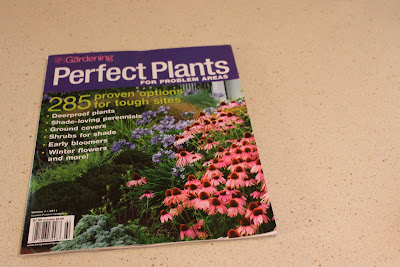 Now, I just need Spring to get here.

I should write a parenting book.....

Isaac started to whine (he does it so well, I'm hoping there's a doctoral program for that).
I say, "Isaac, this is your brother's dinner, if he doesn't want to share, he doesn't have to........but...."
Jake's hands clamp down on his ears and he starts singing.
(WTH)
I ask him what he's doing.
"Mom, please, please don't make me feel guilty"
Meanwhile, Isaac gleefully chants, "make Jake feel guilty, make Jake feel guilty"
The four of us cracked up.
Jake gave his brother a bite.....without me screaming, guilting, or threatening
And this is when I realized parenting with sarcasm and guilt does work.
Posted by tz at 10:15 PM 6 comments: 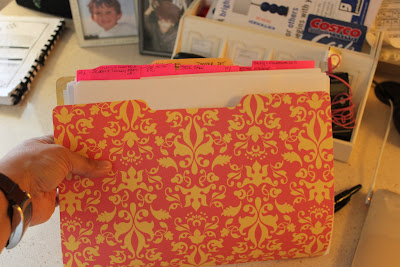 Last week I mentioned that I was getting my tax stuff all together and when I did I would organize it and tab it all out for the accountant, because I'm OCD like that...well I wasn't kidding.