Summer's half way over and I haven't blogged once -- here's why

It's been a jam-packed summer -- it seems like we can barely catch our breath we've been so busy, so here's a quick run-down on what we've been up to:
Well - baseball for one. 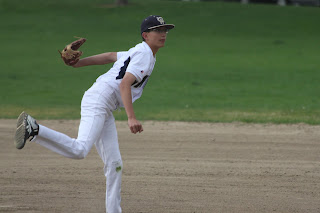 Our oldest turned 14 a couple days ago -- I am still trying to wrap my head around that one. He's almost 6 feet tall, he's 130 pounds, fast and seems to be pretty good at sports. Although, at times, I have to admit it's a bit cliche-ish that we have a baseball lovin' kiddo in our Cuban-ish family (although, it's the WASP side of my family that had all the sports-y people on it - the Cuban side is a little more cerebral) 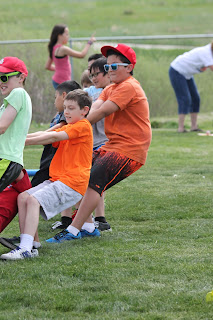 Here's Isaac at his 5th grade field day -- yeah, he's the giant here -- it's hard to believe he's the youngest in his class given how much taller he is than his peers. What can I say, my father's side of the family are a bunch of Lumber Jacks 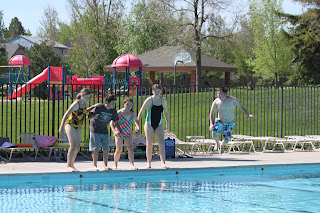 First day at the pool -- Isaac and his friends have a tradition that they are the first ones to jump in -- true to tradition they were first in line and got to be the first to jump in. He's on the swim team this summer and has had two meets, the next one is next week. 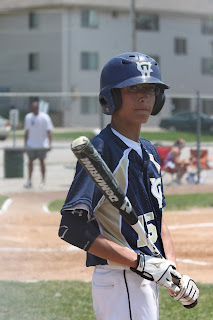 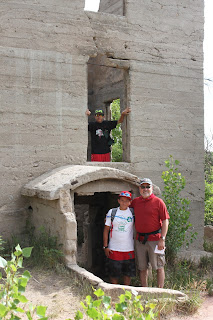 We took a family hike over the 4th of July weekend. Castlewood Canyon State Park is so close and a great way to spend some quality family time -- even the 14 year old had a decent time (although he didn't admit to it) 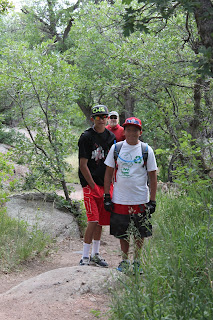 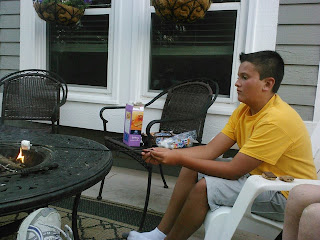 Roasted some s'mores at my sister and brother-in-laws for the 4th.  Had a mellow day just hanging out with family. Just found out why s'mores is spelled like s'mores -- it stands for some more -- never knew. 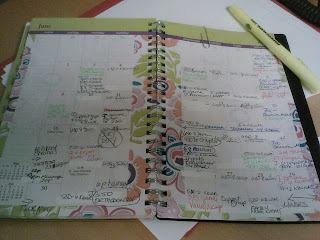 I wasn't kidding this was June -- freakin' intense -- looking forward to August when things settle down again. 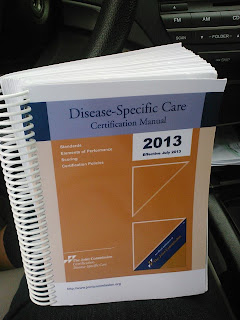 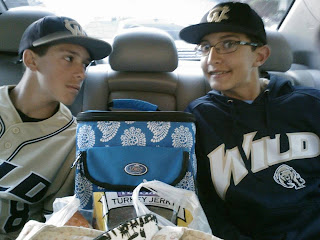 Out of order -- but for baseball we took a road trip to Omaha -- it was fun. 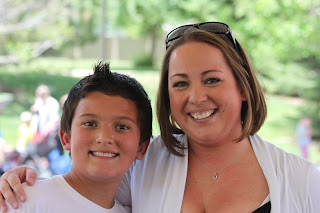 Isaac 'continued' on to middle school. He's here with his teacher, Mrs. Doll, she was one of his favorites. 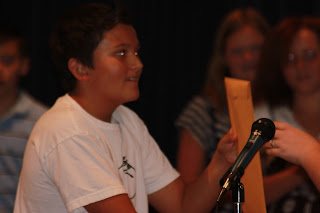 He was also a recipient of the Principal award for his class for leadership -- yay Isaac. 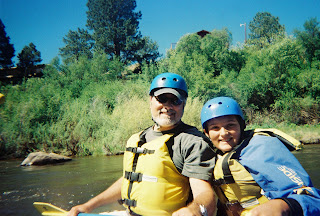 We took in some river rafting this year, it was the boys' first year doing it. Isaac loved it, Jake -- well Jake is doing that bored teen thing a little too well -- he's got it pretty perfected actually. 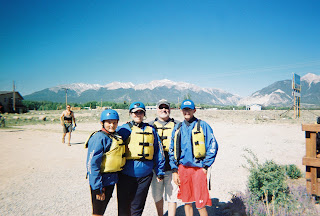 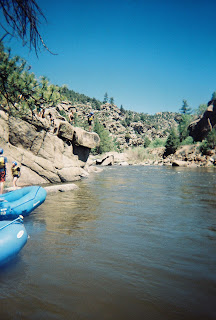 Isaac jumped in from the outcropping -- of course ran out of film and didn't get him actually jumping it -- but he really did -- it was the promise of a Dairy Queen blizzard that spurred him along. That water was CAold. 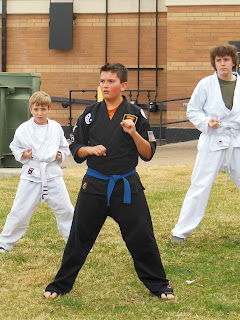 Isaac during  his blue with green stripe test. 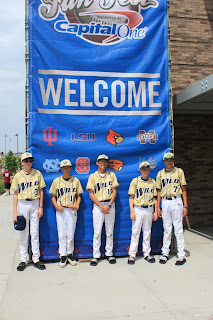 Omaha -- some sight-seeing after one of their games 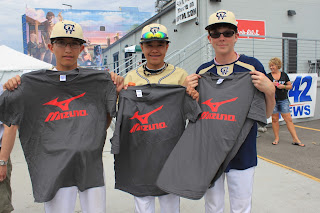 Jake, Mitch and Paddy all won shirts for pitching in one of the many booths set up for the College World Series 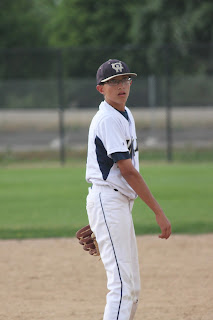 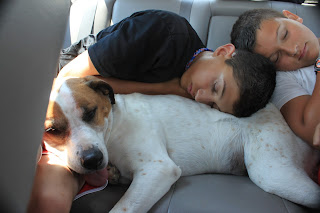 Yes -- we are all tired and it's only the beginning of July! 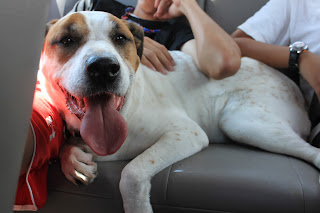 Even with the crazy schedule we're all happy, healthy and loving our summer -- even Hannah.
Hope your summers are just as you want them to be.