Dixie's Tupperware party -- awesome day out with some girlfriends

Yesterday some good friends and I went to Dixie's Tupperware Party which is playing through the end of December at the Garner Galleria theater in the DCPA complex.  We had a blast! This is one hysterical show with a heart-felt message at the end and lots of risque humor that makes us laugh at ourselves, and well, others -- in a good natured ribald way. 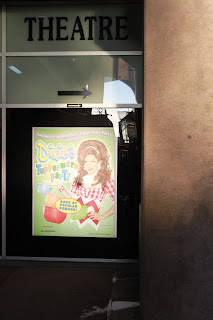 We parked at the DCPA and walked up to the 16th street mall to get some lunch.  It was super cold but only five blocks so we sucked it up with only a minimal amount of whining.  We had lunch/dessert at the Cheesecake Factory. 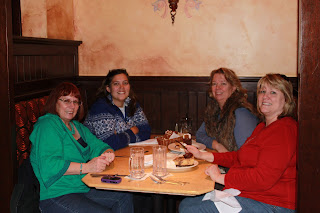 Umm...Godiva Chocolate Cheesecake...holy cow, over the top good...thank goodness my friend Colleen ordered it and offered me a couple three bites because I would have used my week of allotted calories on just that piece....and it would have been worth it.  After lunch and dessert we made the freezing cold trek back to the DCPA.  Fun Denver fact, in different areas of downtown they have sounds of trains, people talking or livestock coming out of the sidewalk vents.  I don't know why, but it makes me laugh.

The Galleria theater is a small theater with drink service.  It's a cozy informal way to see a show, especially a comedy.  We started out with writing our names on some ID tags with numbers pre printed -- because like all good Tupperware parties Dixie held a couple of raffles. 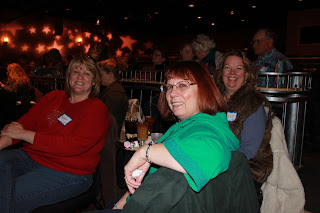 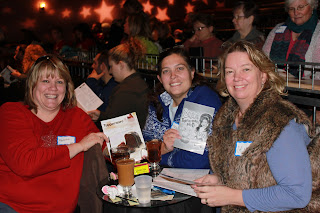 Before the show, Dixie comes on stage to give us the 'rules' ie, no cell phones and if there's a fire, "get out" but those of us on the doorless side of the theater are 'going to go up in flames' but that's okay, since we're close to the Christmas tree, we'll be the first to see "the baby Jesus" 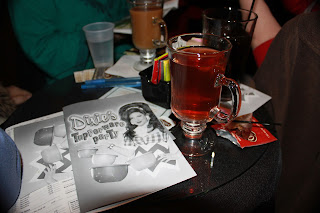 We all ordered hot drinks, did I mention how freakin' cold it was yesterday.  The show was great, we all laughed -- continuously. Dixie is a parolee who needed to find a job to get her three kids back and she had an ah ha moment and decided that Tupperware would get her out of the Alabama trailer park (where a lot of her humor comes from) and provide for her family.  During her interactive comedy routine, she not only gave the traditional uses for the different tupperware pieces, she gave us alternative uses...such as using the cupcake holders for jello shots (for the Church social, and it'll hold 18, enough for you and the pastor).

There was a question and testimonial time and one of the ladies at our table, asked "how do I get my son to return my favorite piece of Tupperware" Dixie had her call her son and she left a message on his cell phone giving him a hard time about 'stealing' that piece of tupperware and how he needed to return it with a yummy store bought treat (because she just knew he couldn't cook, ungrateful son) and a note telling his "mama how much he loves her".

Interspersed with funny quips about lesbians, men who don't appreciate Tupperware, and hookers who will burst into flames if they walk into a church she weaved in the history of Tupperware and how Brownie Wise was an integral part of the success of Tupperware at a time when many people thought that women did not have a head for business.  She ended the show with a heart felt message that we are all worthy.  Which seems corny but having been to so many direct-marketing home parties, including a Tupperware party or two...this is so part of the experience...just as with her comedy spiel and alternative uses for the product a little bit MORE than your average party. 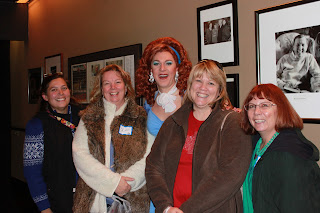 She let us take our picture with her....she was very gracious and funny and all around a fantastic way to spend the day! Not to mention being in the company of some very fun lovely ladies!

In hopes that Dixie will again make #1 sales person for Tupperware, I purchased the meat marinating pan (I forgot the name of it, but it's 702 on the order sheet).  I will definitely think of the show each time I use it, as well as her 'demonstration' of rubbing spices on a tube steak -- did I mention how off-color this show is...but I enjoy humor like that....and if you do to, I highly recommend this show! 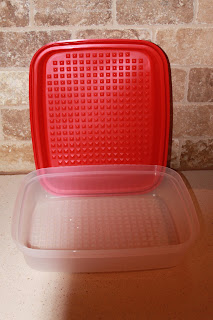 Helping out my husband:

My husband is working for this great start-up company called Wavecloud It's an online store where you can buy e-books for your I-pad, Kindle Fire or computer.  They eventually want to help authors self-publish and do online book clubs etc....sort of an Amazon, Good Reads, Online-press rolled into one.  Right now they are giving away a bunch of e-books to help launch their website.  They really want to know how user friendly the site is, how easy or hard it is to download their reader etc....so give them a ton of feed back (good and bad) support AT wavecloud DOT com.  Feel free to share this with your friends.


Here is the cool news.  Our company, WaveCloud.com, has worked hard for the last year preparing for today, our birthday!  We are launching a new eBook store that intends to change the way Readers connect with Readers and Authors alike.

We have a long way to go, but for now, I’m just excited to be able to launch the company and start selling eBooks.

Anyway, Here is what you can tell your friends: Until the money runs out, WaveCloud will be purchasing an eBook for every new registered user at our web site.

We have more than 150,000 eBooks available in our store, so hopefully, they can find one that they are interested in reading.

This link takes you to our landing page, which explains the promotion:
www.wavecloud.com/Bab/250K/prodtls2012Q4?utm_source=various&utm_medium=wcff&utm_campaign=2012q4

I know you want to share the promotion with your friends. Here is a shorter link that takes you to the same promotions page at our store: http://bit.ly/TRhd9d

If you can share more info with your friends, be sure to tell them that we have a Reader Application for the iPad, iPhone, Android tablets and the Kindle Fire tablets.  Unfortunately, our ebooks won’t work on the Kindle Reader devices (yet).