So Pinterest is my new favorite time-suck-website.  I 'pin' so many different ideas but don't actually go about doing any of it.  So I gave myself a challenge and decided to try one new recipe a week off of what I 'pinned' on Pinterest.  Here it goes.
Bubble Up Enchilada Bake 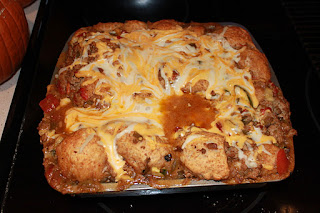 This was a Weight Watchers recipe that didn't taste diety (stupid word-check, diety is so a word) at all.  Because I can't leave recipes alone, I added 1/4 cup of roasted red peppers, 2, roasted green chilis, one chopped onion and a can of mild rotel tomatoes (drained).   Super easy, will so make this again.  You can find the recipe on this yummy blog. 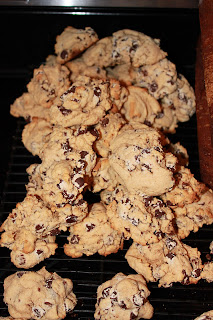 These sounded better then they actually tasted.  I did use low-fat cream cheese and that might have been a mistake.  The flavor was good, and frankly even though I didn't like them as much as some other chocolate chip cookies, it didn't keep me from eating them. 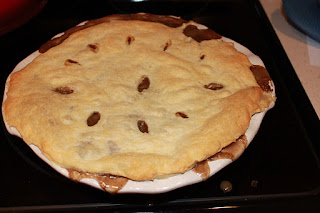 This recipe called for individual pot pies and the pictures are so much more appetizing on blog.  But this was still way yummy!  The hubsters really liked it.  The hardest thing about this was doing the conversion from Celsius to Fahrenheit (356 F, by the way, we just went to 350 and baked until crust was golden).  Thank goodness for nine year old sons who just had that in math class. 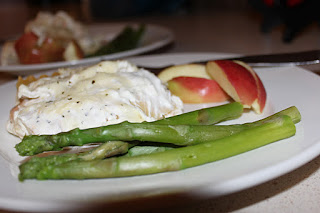 What can I say, this was so our favorite! This one came from a Kraft recipe site and not someone's blog. I used rotisserie chicken. Super easy, comfort food (on steroids).


Bacon in the Oven 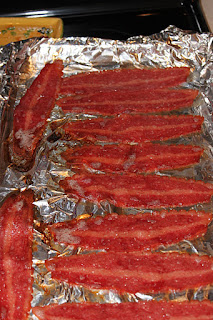 There are lots of 'pins' from various websites about baking bacon.  I used this blog's technique. Easy-Peasy, will be doing this again. 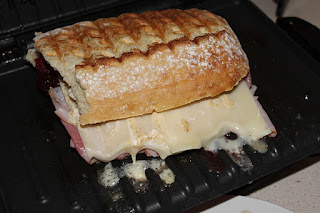 My pictures suck, anyhow, this was so yummy,  although it's hard to press down in the panini grill because it's so thick and the cheese slides. This blogger guy is from Canada.  So because Jason and I think we're so funny we were saying things like, "Say hello to my leeetle  frrrriend" (spanish accent) Hoser" and "Next year in Havana, ey"  It's got the essence of a Cuban and very satisfying, but alas the best way to get a Cuban is in Miami (and maybe Cuba, but I haven't actually been there).

I didn't get pictures of these other recipes but here are the links and what I thought, because really you're here to read my opinion...right?

Hawaiin BBQ chicken  -- sounds better then it was, I was hoping for that sweet-tangy thing, but it just didn't work for us.  Very cute blog though and I'm sure it's yummy for some and super super easy.

Slow cooker Tikki Masala -- yummy, I'm not a big fan of Tikki Masala, I actually enjoy Curry a little bit more. This was pretty good though.  For a crock pot recipe it was a little more labor intensive then I expected, but the results are worth it.

Now, I just need to try some of those craft ideas I've pinned....I can't wait until I'm done with my Master's, then I'll have lots of free time!

Some great looking stuff there!

As winter closes in I have the urge to make old favourites like steak and kidney pudding (sans kidney, hate the stuff) and bacon and onion pudding...