Isaac belongs to a school club where they program lego robots. There's a bunch of other stuff that goes into it too.  This year the theme is safe food. The boys decided that they would speak about keeping flies off of food.  They recently had a qualifying round.  They were kind of the underdogs, they're the youngest team, they've only met one year, and have very little funding. 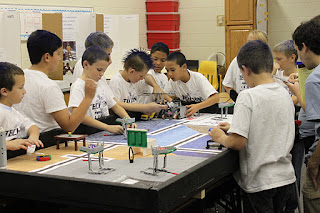 At the practice table. 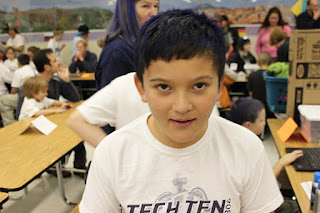 The team showed their team spirit by spray painting their hair blue.  Isaac's hair is pretty dark and it was hard to see. 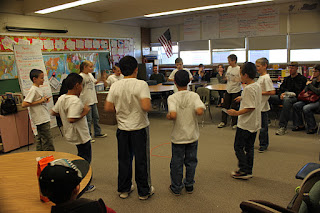 In this group challenge the team members had to figure out how to get a huge rubber band into a small circle on the floor, they had to stretch it out and all let go at the same time.  There actually isn't a right answer, it was just for the judges to see how well they work together and how they problem solve.  It was pretty interesting to watch. 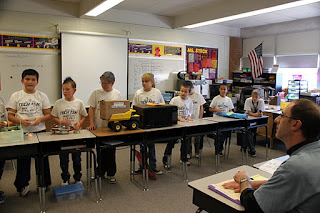 Here they are telling the judges what their solutions to removing flies (a mechanical fly trap).  They won an award because they did a lot of community outreach with Children's hospital, and retirement homes to share their findings and their robots. 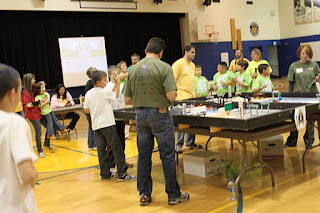 The actual robot tournament, they came in fifth here.  The top eight, overall got to go to the district 'meet' in December.  The programming portion was only part of the scoring.  And because tech-ten did well in the other categories, as well as the programming they got to go on.
Yay, Tech Ten! 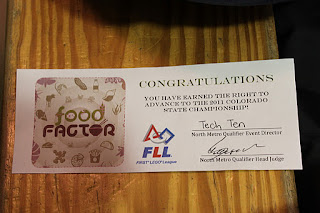 The 'passport' for the district meet.
Posted by tz at 8:55 AM

And who can refuse a chance to play with lego too!

Great blog!
If you interested in modern agriculture and farming, then I will invite you to visit my farming blog.
How to Build a Poultry House
Methods of Modern Farming