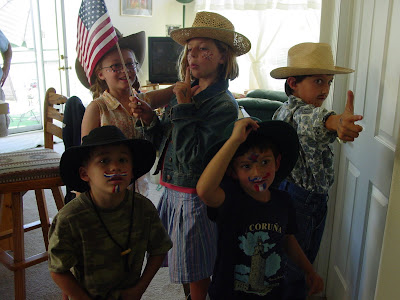 Bridget and her cousins 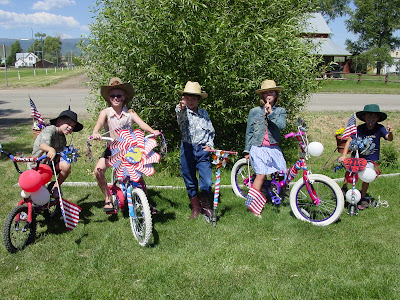 Bikes decorated and they're ready to ride 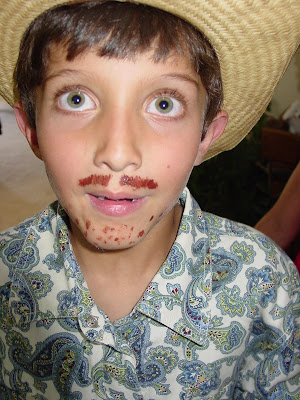 It was a cowboy theme...Jake's attempt at stubble 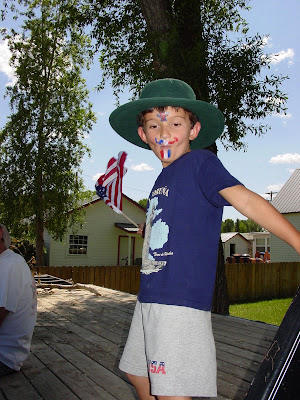 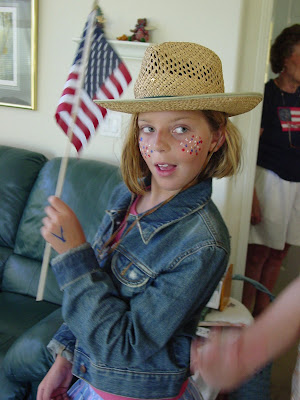 OK, I so have a cute niece!
The boys went to Yampa for the Fourth, Their cousin's paternal grandmother lives there and invited us all up (I stayed and studied...will let you know later if it was worth it, just took the test online). Bridget was there as were her paternal cousins, her maternal cousins (my boys) had a grand ol' time with them up there. They decorated bikes and scooters and joined in the parade. Jason and Isaac won the egg toss....they some how got a mutant industrial egg that wouldn't break. The judge had to 'prove' it was a real egg when they won. Jason and Jake got a blue ribbon for the three legged race too.
So Isaac does not like sharing his Aunt Shaina with the 'other' cousins particularly the other little boy cousin, there were some tussles. And he's quite enamoured with the girl cousin....thank goodness they aren't 'blood' related...can you say 'Deliverance'?

I missed them tons!....but it's just one summer, school is almost over and we get to road trip in August!
Posted by tz at 9:22 PM

Hey, my cousin married our other cousin, you got a problem with that? Yeah, so did my aunt!

Luckily, they were second cousins AND their were rumors regarding the other cousin's paternity (was she REALLY a Granum? Apparently everyone at the local coffee shop questioned that).

um, make that there, not their

I'm my own Grandpa -

Oh, and because I'm utterly dorktastic, I've nominated YOU for the Power of Positive Schmoozing Award on my blog :)

Please come visit, and take care of yourself.