Every year I get into a funk at the beginning of the year. Then I realize -- oh yeah my dad died(many many years ago) around this time and even though it's years and years later, there's some part of me that remembers that pain and I feel sad and grumpy and can't seem to pinpoint why until a couple weeks into January when it hits me, it rises up to the surface, I have a good cry and return to my happy self. 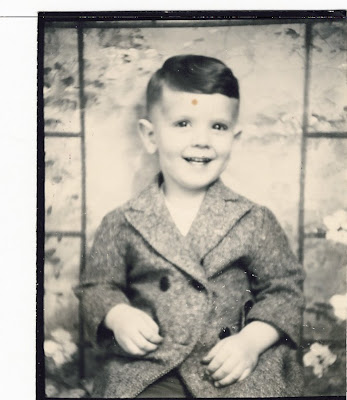 my dad as a small child
Shortly before he died...
My dad was one of those people that most people liked and everyone respected. He was tall, articulate and uber smart...he was the kind of guy you'd want on your team during trivial pursuit, I mean he knew what color underwear Mary Queen of Scots wore to her execution (red). He wore hushpuppies, corduroy pants and plaid shirts most days. He was the typical college professor and enjoyed learning and teaching but in the same tradition he was not the most practical person....like, say, deciding to move to Greece for a semester my last year of highschool so he could write a paper on the expulsion of the Jews during WWII. He would pull us out of school on a whim to travel, or go to the museum for a new exhibit, anything he thought would enhance our learning experience. For an educator himself, he had little respect for the schedule of learning. He was an advisor at the Museum of Nature and Science so my sister and I spent tons of time there, we even got to go into some of the exhibits while they were being built and got to touch the woolly mammoths, stand next to replicas of historical figures and see what went into building an exhibit from the ground up. That was one great play area for a little kid. 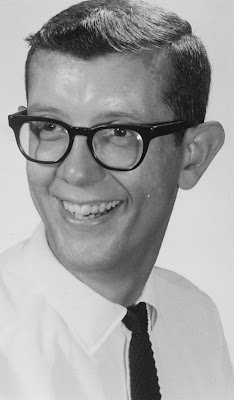 As a young man


I'm lucky I met Jason in highschool and my dad was able to meet the man I eventually married. I am sad he never met my children, or my sister's children. He didn't get to walk me down the aisle at my wedding. He didn't get to see me graduate from college (the first time) or see what kind of a mother I've become or see that, like him, I enjoy learning and am returning to school later in life (although in a field he would not enjoy...he was a liberal arts guy through and through). I miss having his advice, he always put thought into a problem, he wasn't reactive (as I can sometimes be), he didn't take sides and never gossiped. He was a good guy.
This year I have lived half my life with out my dad and still I miss him.

Wow- thanks for posting that. I'd only seen one picture of him, and it was when you were little. I didn't realize how much you look like him. He sounds like he was quite a guy and I'm sure he would be so proud of all you have accomplished.

I'm sorry for your loss. Even though it was a long time ago, I don't think things like that ever really leave you. This is a lovely tribute to him. Hope your smile comes back soon.

What a beautiful post in memory of you Dad.

Such lovely pictures as well.

Before I even read you description of him, I knew just by looking at his picture that he was one intelligent guy....

Thanks so much for sharing.
XOXOX

I see you have your daddy's smile! What a heartfelt tribute.
And '88: wasn't a good year for parents, was it?

I was struck by how much you look like dad too. Hugs

Awww. That makes me sad, too. I can see from the second picture that he looked very "professorly," if that is a word. I think I am going to go give my Dad a hug! I hope you feel better soon!

awwww thanks everyone...martha, I didn't realize it was '88 for your mom too....so sorry.

Hey, I never knew you spent time in Greece!

Not that I entirely missed the point of this post - I am so very sorry you lost your dad when you were still so young. I cannot imagine going through that. HUGS are being sent to you as I type.

You do have his smile!

Dodi, went to Greece twice, once at 13 and then again at 17 when I was a senior, that time was four 2 months and have lots of stories, some involving my 'free spirited don't think of the details' dad...i'll tell you over drinks some day...

sheesh i'm an idiot typer...that would be for two months, not four two months...hahaha

I do the same thing every spring. My son (#2) was born just a few weeks before my mom died suddenly. I look at him now, almost 18, and still can't believe she has missed everything he has ever done (as well as his brothers). I think in a strange way it is good that we still miss our parent so much...it helps us keep them alive for our kids by sharing memories and stories.