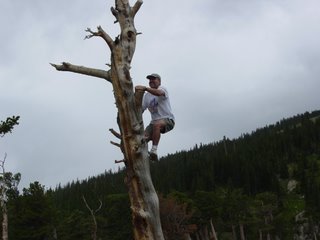 Jason trying to win the Darwin Award and being a very bad example for the boys! But they were cheering him along 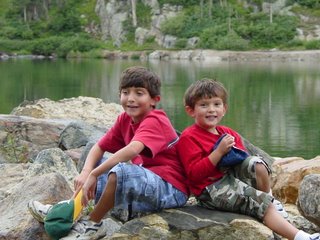 Jake and Zac...boy is it hard to get them to smile at the same time! 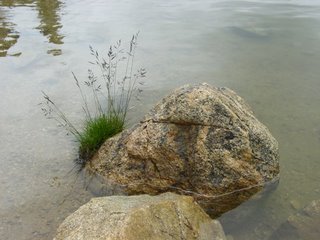 and ok I was trying to be artsy with the camera but it's a beautiful spot, easy to get artsy. 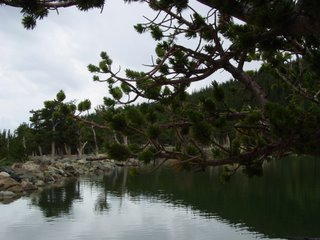 We took a hike yesterday to St. Mary's Glacier. We are so blessed to live in such a beautiful state. The weather was just perfect, even a bit of picturesque drizzle. The boys had a blast. They skipped stones in the lake...well not really skipping stones as much as finding the biggest stones possible and making the biggest splash possible. Jason found some wild raspberries and we had a taste. Other than my complaining that the hike was not really as easy as Jason told me it would be and Zac taking a little tumble and scraping his knee it was a pretty perfect day. Particularly, stopping at Beau Joe's Pizza in Idaho Springs, a favorite apres ski place, also good for an after hike spot too!
Posted by tz at 2:52 PM

Looks Great! Welcome to the wonderful, and often addictive world of blogging...

Wait a minute. Wouldn't the Darwin award go to the smart people who stay on the ground? I love your blog! I think I'm going to go re-decorate mine, you've inspired me again!